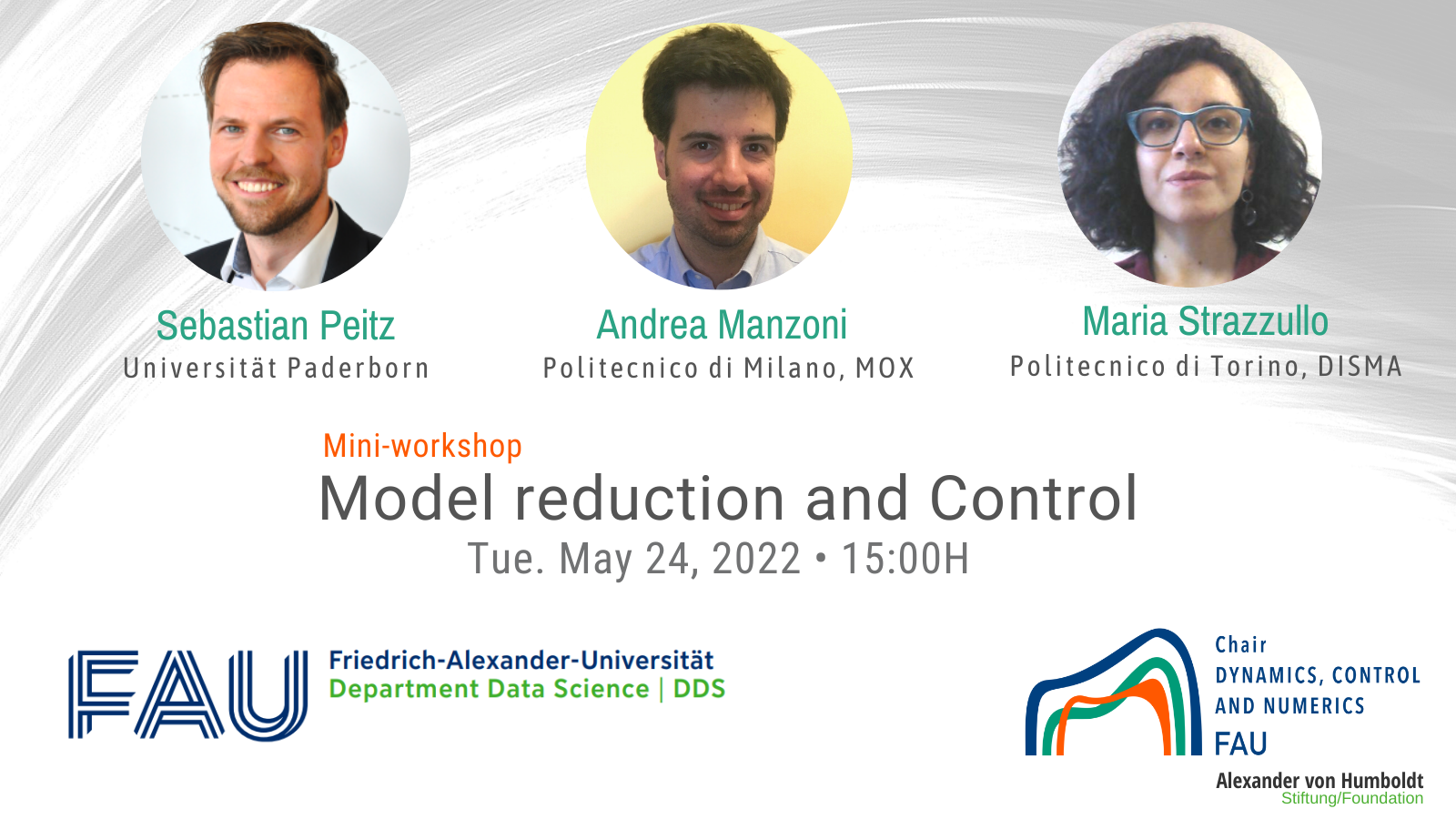 Abstract. As in almost every other branch of science, the advances in data science and machine learning have also resulted in improved modeling and simulation of nonlinear dynamical systems, prominent examples being autonomous driving or the control of complex chemical processes. In many cases, data-driven methods are advertised to ultimately be useful for control. However, the question of how to use a predictive model for control is left unanswered in many cases due to a higher system complexity, the requirement of larger data sets and an increased and often problem-specific modeling effort. In this presentation, we discuss how to realize the transition from prediction to control for data-driven models in a data-efficient manner. To this end, we will particularly focus on the Koopman operator, which is a linear yet infinite-dimensional operator describing the dynamics of observables. Due to its linearity, it has been a tool of particular interest in the dynamical systems community in recent years, as it allows us to apply tools from linear systems to nonlinear ones if we can find a suitable finite-dimensional approximation. We will show that this is also the case in the control setting, and demonstrate the performance using several example systems governed by partial differential equations.
15:30H
Andrea Manzoni, Politecnico di Milano, MOX
“Reduced order modeling for optimal control, deep learning for reduced order modeling“

Abstract. This talk is made by two (almost independent) parts, addressing recent results in the framework of optimal control and reduced order modeling (ROM) for parametrized PDE problems.
In the first part, a reduced basis method is considered to efficiently achieve thermal cloaking from a computational standpoint in several virtual scenarios by controlling a distribution of active heat sources. We frame this problem in the setting of PDE-constrained optimization, where the reference field is the solution of the time-dependent heat equation in the absence of the object to cloak. The optimal control problem then aims at actuating the space-time control field so that the thermal field outside the obstacle is indistinguishable from the reference field.
In the second part, recent achievements dealing with deep learning (DL)-based reduced order models are presented. In the ROM framework, DL algorithms aim at overcoming the traditional bottlenecks arising when dealing with nonlinear time-dependent parametrized PDEs, such as (i) the need to deal with projections onto high dimensional linear approximating trial manifolds, (ii) expensive hyper-reduction strategies, or (iii) the intrinsic difficulty to handle physical complexity with a linear superimposition of modes. In the resulting DL-ROMs, both the trial manifold and the reduced dynamics are learned in a non-intrusive way, by relying on deep (e.g., feedforward, convolutional, autoencoder) neural networks trained on a set of FOM solutions obtained for different parameter values, thus yielding the possibility to simulate in real-time complex physical phenomena.
16:00H
Maria Strazzullo, Politecnico di Torino, DISMA
“Model order reduction for time-dependent parametrized optimal control problems”

Abstract. Time-dependent parametrized optimal control problems are of utmost importance in many applications where one wants to fill the gap between collected data and partial differential equations. Despite their indisputable usefulness, their computational complexity still limits their applicability when the setting requires many evaluations of the problem for a comprehensive parametric analysis.

To tackle this issue, we employ reduced order methods. Indeed, they describe the parametric nature of the system in a low-dimensional framework to accelerate the system solution, still being accurate. This talk focuses on reduced strategies for time-dependent problems.

We discuss two algorithms: a space-time POD algorithm validated on nonlinear equations used in coastal environmental applications and a space-time greedy with a new error estimation for parabolic systems.

Finally, we show some examples of potential applications in several scientific fields, from bifurcating phenomena to numerical stabilization.