Deep Learning is one of the three main paradigms of Machine Learning, and roughly consists on extracting patterns from data using neural networks.

Its impact in modern technologies is huge. However, there is not a clear high-level description of what these algorithms are actually doing.

In this sense, Deep Learning models are sometimes referred to as “black box models”; that is, we can characterize the models by its inputs and outputs, but with any knowledge of its internal workings.

The aim is then to open the black box of Deep Learning, and try to gain an intuition of what are these models doing. One of the most successful mathematical theories in recent years has been connecting Deep Learning with Dynamical Systems.

The aim of this post is to introduce to some of those exciting ideas.

Deep Learning essentially wants to solve the problem of Supervised Learning. That is, we want to learn a function that maps an input to an output, based on examples of input-output pairs.

A classical Deep Learning problem would be the following: we have some pictures of cats and dogs, and want to make an algorithm that learns when the input image shows a dog and when it shows a cat. Note that we could give the algorithm pictures that it has not previously seen, and the algorithm should label the pictures correctly.

A formal description of our problem is the following.

Consider a dataset \mathcal{D} consisting on S distinct points \{x_i\}_{i=1}^{S}, each of them with a corresponding value y_i such that

where \epsilon _i is included so as to consider, in principle, noisy data.

The aim of supervised learning is to recover the function \mathcal{F}(\cdot) such that not only fits well in the database \mathcal{D} but also generalises to previously unseen data. 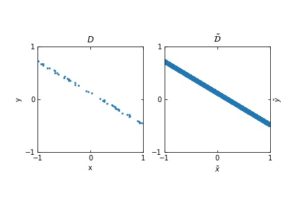 The figure in the left represents a finite set of points in (x,y), where x represents the input and y the output. The figure on the right is the expected distribution from which we are sampling the input-output examples. The whole distribution can be understood by \tilde{\mathcal{D}}.

A well-known dataset in which to use Deep Learning algorithm is the CIFAR-10 dataset. 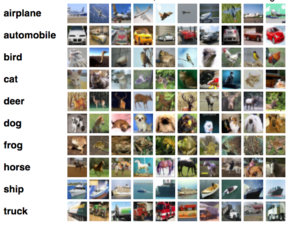 Scheme of the CIFAR-10 dataset

What are the true labels of a dataset? We have no a priori idea. What is the mathematical definition of “pictures of airplanes”? Our best guess is to learn the definition by seing examples.

However, those examples may be mistakenly labelled, since the datasets are in general noisy. What does a noisy dataset mean?

– We refer to noisy data when the samples in our dataset \tilde{\mathcal{D}} actually comes from a random vector (\mathbf{x}, \mathbf{y}) with a non-deterministic joint distribution, such that it is not possible to find a function \mathcal{F} such that \mathcal{F}(\mathbf{x}) = \mathbf{y}.

The aim of *supervised learning*, in this case, would be to find a function such that \mathcal{F}(\mathbf{x}) \approx \mathbf{y}. For example, \mathcal{F}(\tilde{x}_i) = \tilde{y}_i for almost every sample i.

– In the case of noisless data (which does not happen in most practical situations, but it makes things far simpler) then it is possible to find a function \mathcal{F} such that \mathcal{F}(\tilde{x}_i) = \tilde{y}_i \; \forall i, or equivalently \mathcal{F}(\mathbf{x}) = \mathbf{y}.

Note that, given that the probability of a collision (of having two different data-points such that x_i = x_j for i \neq j) is practically 0, it is in principle possible to find a function \mathcal{F} such that \mathcal{F}(x_i)=y_i for all of our samples i, even in the noisy case (for example, we may use interpolation).
However, the aim of supervised learning is to be able to generalise well to previously unseen data, \tilde{\mathcal{D}}, and so interpolation is not effective, and may not be well-defined, since the same input x_i can be labelled differently, due to noise.

Representation of the optimal function \mathcal{F} as the number of samples increases, in the case of noisy data. Note that the function “stabilizes” at a certain point, and thus it is expected to behave properly in the limit of infinitely many samples.

Representation of the optimal function \mathcal{F} as the number of samples increases, in the case of noisless data. In this case the function could have been obtained by interpolation, and would stabilize fast

In most cases, the data points x_i are in \mathbb{R}^{n}. In general, we may restrict to a subspace of feasible images X \in \mathbb{R}^{n}.
So as to ease the training of the models, the inputs are usually normalized, and it is considered X = [-1,+1]^{n}, with n the input dimension.

There are different supervised learning problems depending on the space Y of the labels.
If Y is discrete, such that Y = \{ 0, ... , L-1\}, then we are dealing with the problem of classification. In the case of CIFAR-10 we have 10 classes, and so L=10.
If L=2, then it is a binary classification problem, such as in the case of classifying images of cats and dogs (in this case, dog may be represented by “0” and cat by “1”).

In the particular setting of binary classification, the aim is to find a function \mathcal{F} (x) such that it returns 0 whenever the corresponding data point x is of class 0, and 1 conversely.

An interesting hypothesis is to consider that M^0 and M^1 are indeed manifolds in a low-dimensional space. This is called the manifold hypothesis.

That is, out of the whole input space of all possible images, only a low-dimensional subspace of those would correspond to the images of cats, and one could go from one picture of a cat to any other picture of a cat by a path in which all the point are also pictures of cats. This has been widely hypothesized in many datasets, and there are some experimental results in that direction [9]. 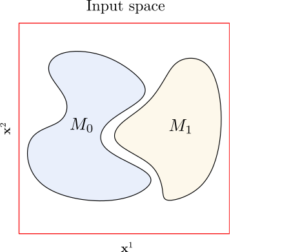 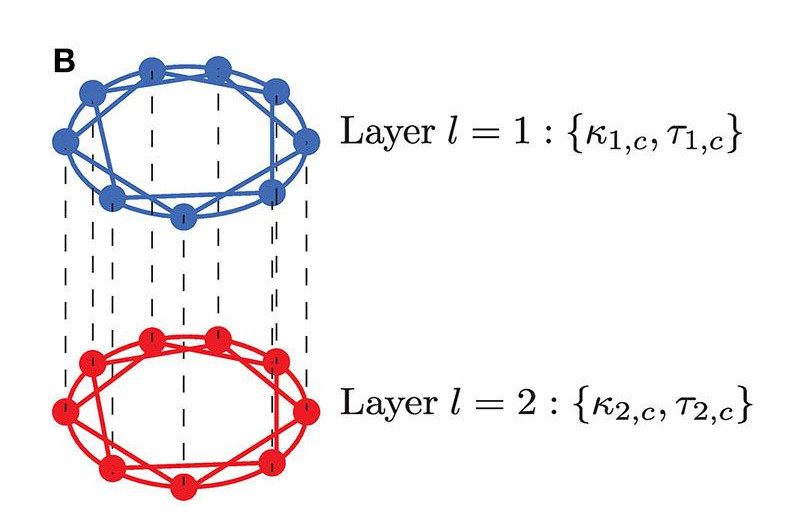 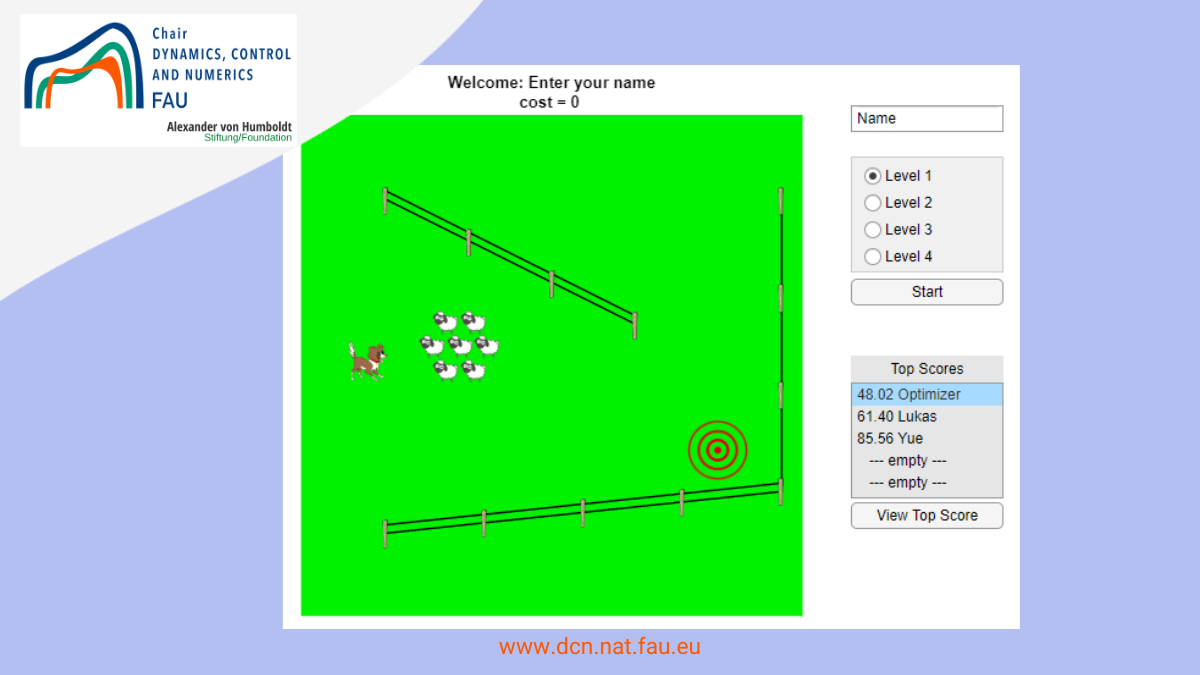 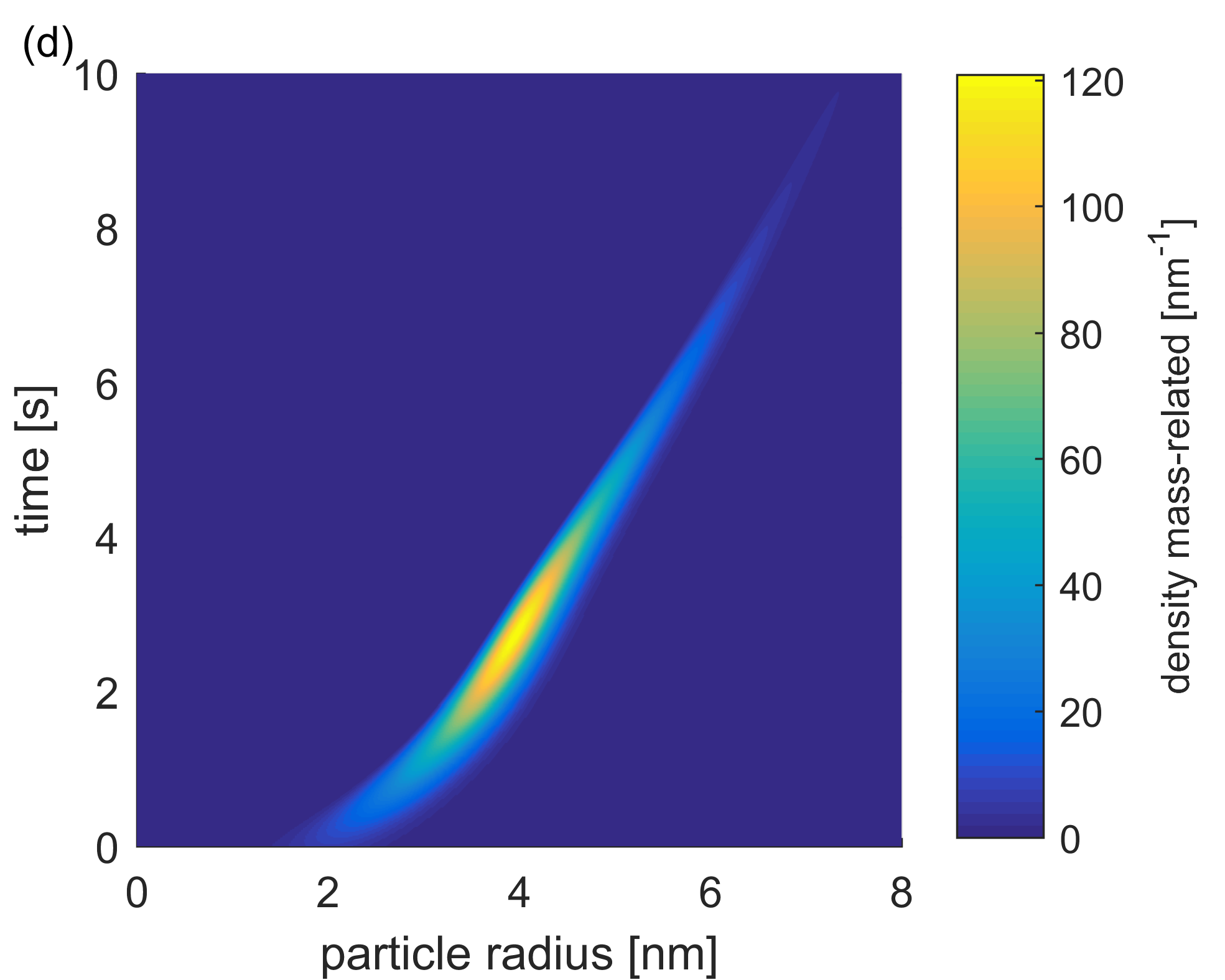